Adore and Abhor's Fifth Anniversary sale is still open through April 16th at the A&A mainstore. Evie Miles put this little gem of a gown out for us in three colors, including blue and green. I'm wearing most of the attachments, but left off the sheer flexi sleeve drapes.

We're all spoiled now with the change from sculpts and flexi skirts to rigged mesh, but even though this dress is made with "old school" construction, it's still a beauty and only L$75. If it bothers you that your bum sticks out the back slightly in some poses, you might try wearing it with a kimono AO or a corset AO. I love the floaty ombre skirt. A stunner! 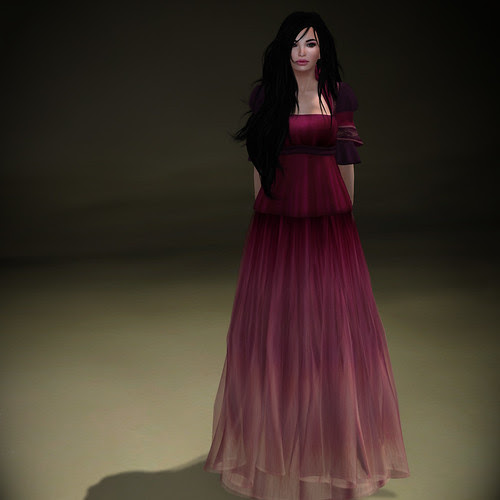